Damien Hirst's latest work is The Currency, a massive undertaking of 10,000 paintings and five years of work. These have been scanned and converted into non-fungible tokens (NFTs), residing also on the blockchain. For now.

In this post I analyze the 10,000 unique pieces, and highlight the ones which rank highest and lowest on the thirteen dimensions. I also find the one piece which possesses a combination of the extremes!

Below a random example of one of the pieces. Each of them is done in similar style, but is unique. 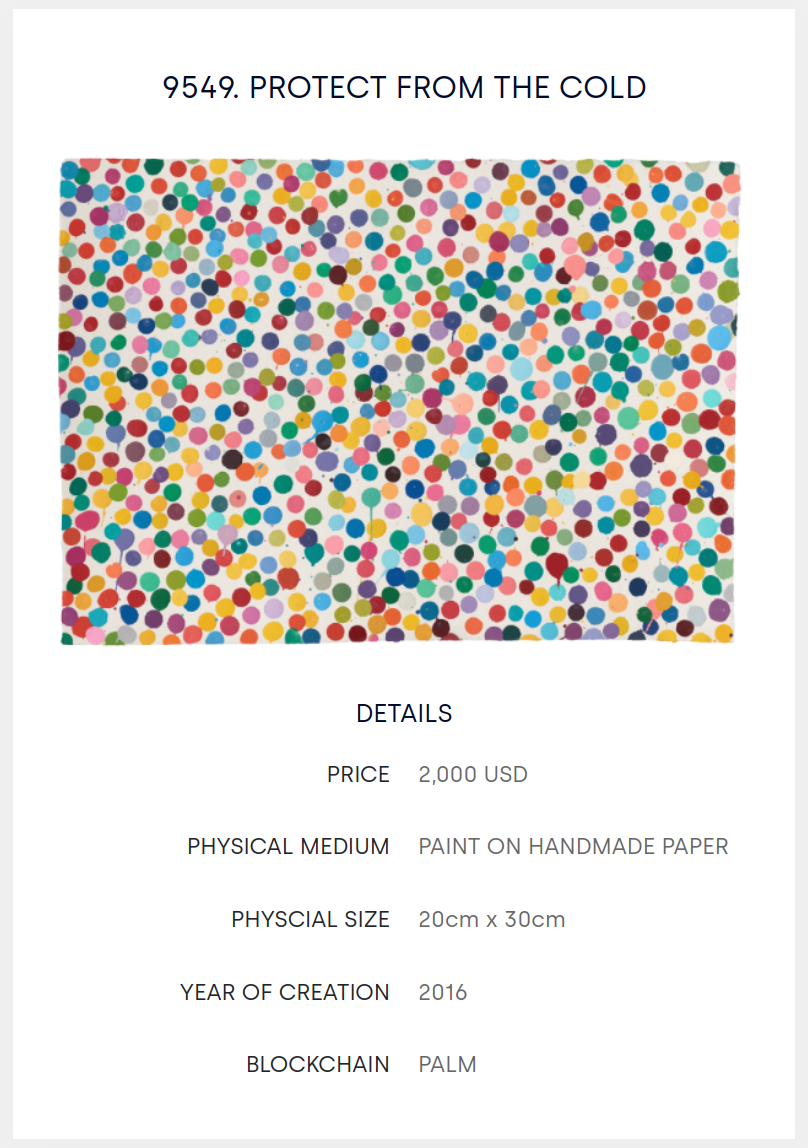 Damien Hirst is a household name, a rare achievement for a living artist. He is loved by many, despised by some; his unflinching embrace of the commercial side of art doesn't sit will with many of his critics. He has embraced this facet of his art explicitly in his latest body of work.

Not only is it known as The Currency, but each of the 10,000 pieces are NFTs, which can be used as currency. Like notes, they all look alike upon cursory inspection, but are unique - the serial number has transformed into a varied array of characteristics and colors which differentiate each piece in the hands of Mr Hirst.

These attributes will possibly play a role in the valuation of each of the artworks. They are documented on heni.com, and I've crunched the data to tease out which pieces are ranked highest and lowest on each of these metrics. I uncover the pieces with the most of each color and characteristic, and least.

There are a total of thirteen attributes I've considered here:

Each piece has been analyzed by the team at Heni and an AI program, and given a score in each characteristic. I've crunched the numbers using the freely available dataset here, and ranked them from lowest to highest.

Here the rankings for each attribute:

For example, piece 8092 Nobody lives like you has the least white in the collection of 10,000 images, and 6151 When I met you is the heaviest of the A4-sized paintings.

The sharp-eyed might notice some pieces show up more than once on these two lists. I counted the number of occurrences, below the findings: 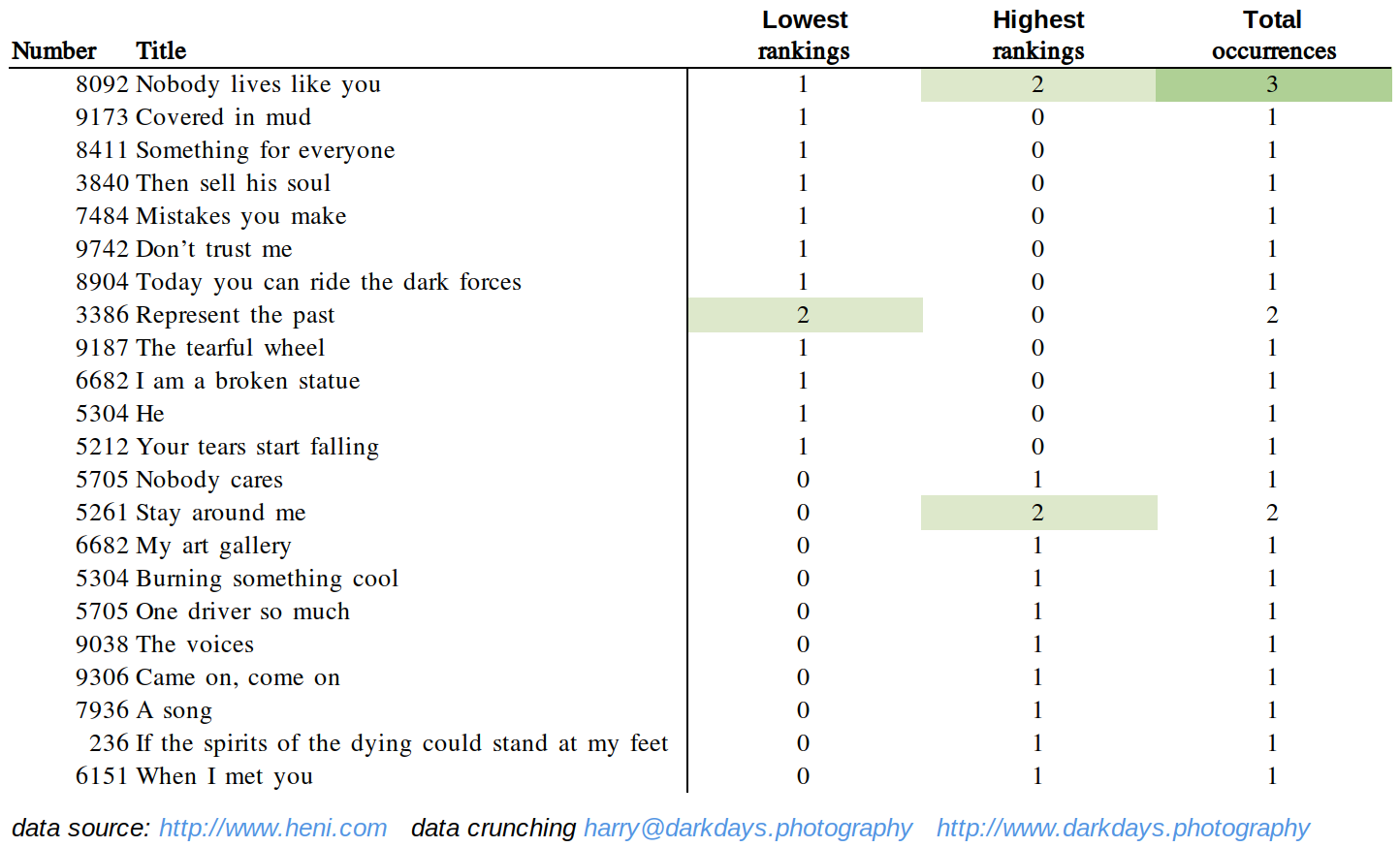 Here we get to the rarest of them all:

But there can be only one which is the rarest of them all when comparing rankings. And that is the jealously named 8092 Nobody lives like you. Or is that accusatory? This piece has the least amount of white, is the bluest, and has more drips than any other piece, and the meaning of all that is left as an exercise to the reader.

Hope you find this overview of the rankings of The Currency artworks useful! Will the market value these pieces at the extremes of the spectrum more highly than others? Will 8092 Nobody lives like you be more valuable than some numbered pieces, like #1 - or those of the 1,000 pieces initially owned by Mr Hirst himself?

Please don't hesitate to contact me if you have any comments or suggestions, or if you create your own analysis of the dataset.

Please head on to my Rarible page at rarible.com/darkdays to check out my own NFTs on sale!

Other approaches to ranking and determining the rarity of each piece

miike.eth#7270 on the Heni Discord created a Google spreadsheet which ranks each piece according to their rarity.